Shelter Island Historical Society
6.  Saltbox
“Heartsease” was constructed in the classic New England saltbox style, with two stories in the front and one story in the back. This room would originally have been two rooms with one opening to the kitchen. In the 18th century, houses were often built so that they could be taken apart and moved. This house was most likely never moved, but the original oak beams are all numbered to correspond to slots in the cross beams, to make a potential move easier. The only item not historically original is the molding which was built to hide sprinkler pipes.

(Proceed to the staircase.)
​ 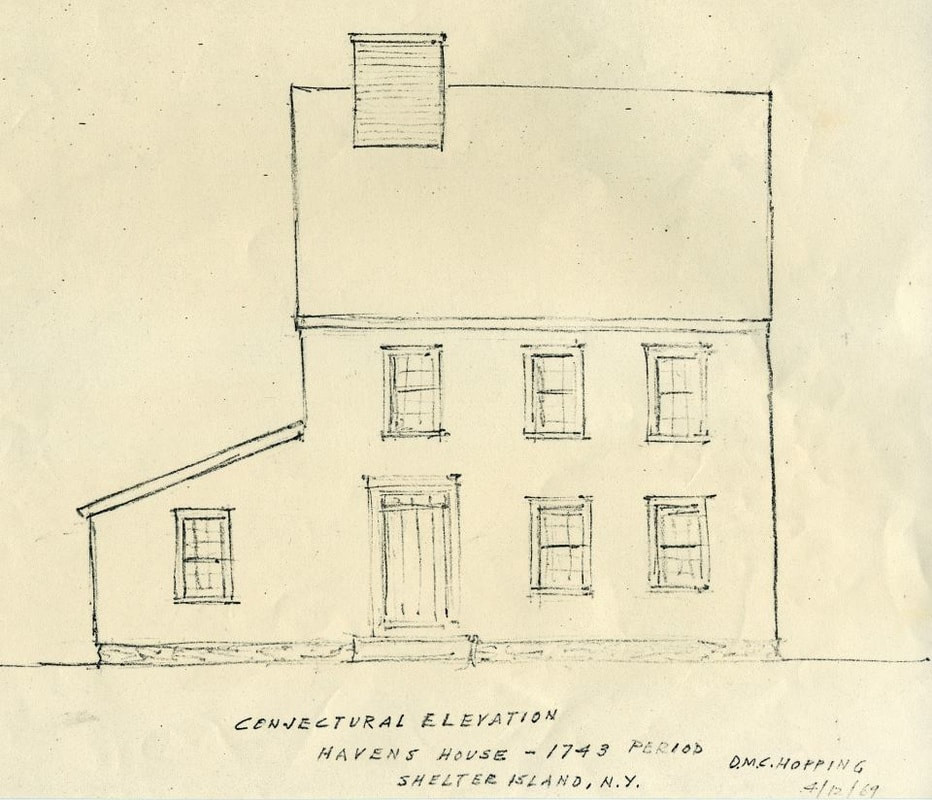