Shelter Island Historical Society
10. Original Saltbox Room
This room was part of the 1742 saltbox structure and was probably used as a bedroom. The original construction is visible through the “window” on the wall.  In the 18th and 19th centuries, when lumber was shipped, a paper invoice was rarely issued since paper was so expensive. Instead, the mill worker  wrote names of the recipients of a shipment  in crayon on the top boards. One beam in this room  (third from the wall) says “Asher Havens Shelter Island.” Asher was James Havens’ grandson,  and must have made renovations when he took over the house in 1856.
The wooden wall opposite the windows was part of the original outside wall. During the latest renovation, when the plaster was peeled away, the original siding was found bearing this stylized letter “B.” The source is not known,  but since James Havens married Elizabeth Bowditch, it may have something to do with her family. Also,  the signatures of George Crook and someone named McCollum, with the date August 16, 1905, appear on the floor. It was not uncommon for laborers to leave their mark, so it is likely that these men worked on the house.

(Proceed to room over main entry) 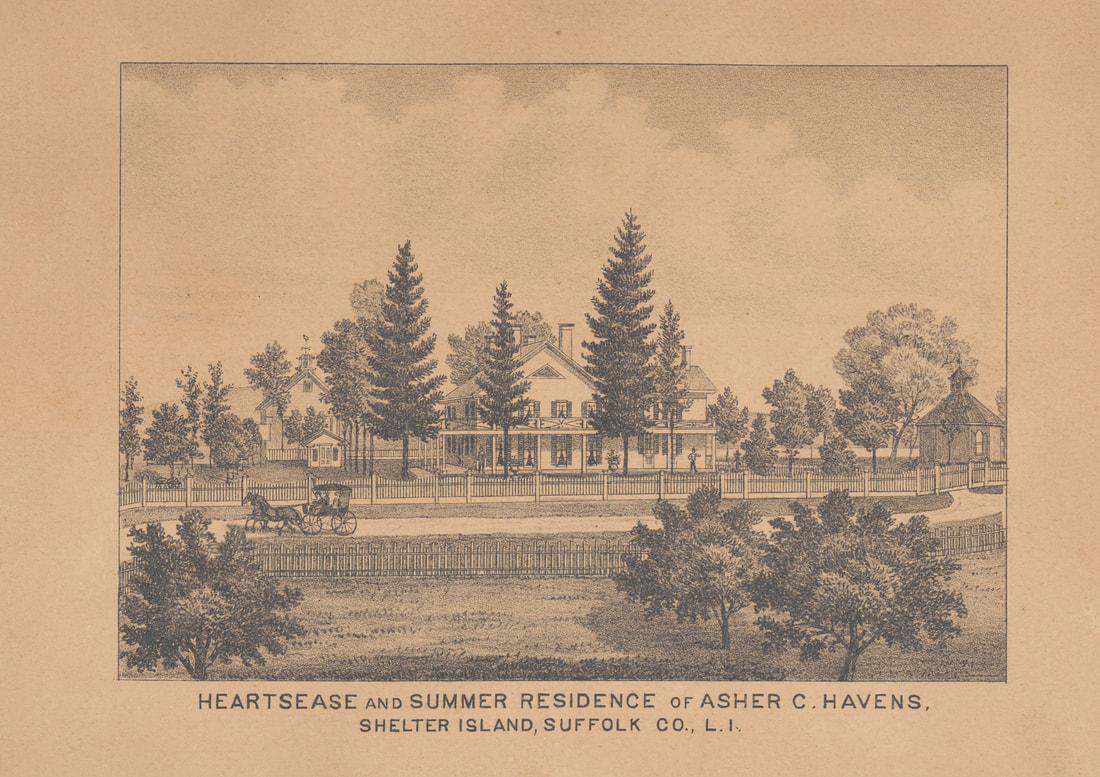